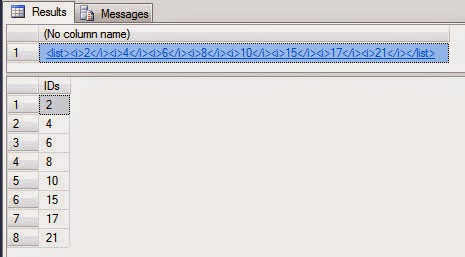 This is a subject I have heard about repeatedly, but I never bothered looking into it until recently. I was told that writing hard coded insert and update statements is bad practice. To which I responded with “Okay, I am not using an ORM here, then how should I be doing this then?” I was then informed about what I knew already – “Use XML.” sigh… It has finally caught up with me, I will just learn how to do this then. I am not a big fan of XML because it is bloated and not very friendly to work with regardless of context. This is why I have avoided using it for so long. Traversing XML is always a big to do as well – no one does it exactly the same way, so why should it follow any basic methodology in tSQL? It doesn’t… Looking on the bright side, now I know how to do it – however I will not claim to be an expert on the subject, but this article will show you some basics to at least get started.

I don’t have time to read all of this crap!

Trust me I understand that feeling and I feel it all too often when trying to solve a problem under the gun, so I will say that if you are trying to pass an object to a stored procedure, then view these sections:

When ever you look this subject up, everyone shows you the equivalent of a hello world example – which is all fine and dandy until you need to do some real work. I will show you the Micky Mouse example then move on to a REAL and USEFUL example with some additional stuff no one else has covered properly. All of the articles I have read have hinted at passing your objects as XML to a stored procedure – but no one has provided the exact mechanisms to get it done. Well I am changing that here and now.

Reading in a list of elements (The Micky Mouse Example)

This example is working with a list of scalars.
Example Source: https://www.simple-talk.com/blogs/2012/01/05/using-xml-to-pass-lists-as-parameters-in-sql-server/

As you can see there is a list of integers being set into an XML parameter. Using the nodes method with it’s XQuery string parameter; the XML is translated into a list of integers by reading each row and the column. Each column’s content is converted to an integer using the value method. This is as basic as it gets, it is useful to play around with, but not useful if you want to pass a multidimensional object (object with multiple properties) aka a matrix. This example is only showing how to convert a list of scalar values – which is definitely not the case most of the time.

Passing in an object (More realistic and less “hello worldy”)

This example is working with a single matrix (object).
Basis for Example: http://stackoverflow.com/questions/13195922/how-to-query-xml-column-in-tsql

As I have pointed out in the previous example, that is just working with scalars. When dealing with objects you are dealing with a matrix or an object with multiple properties. Therefore this example shows you how to read in XML that represents a simple object.

The above is demonstrating three different ways to accomplish the same end result (for the most part). Let’s explore each of these methods (the SSMS output is below this list):

Passing an Object from Code to a Stored Procedure

Taking the examples shown above into consideration, you can easily perform inserts and updates in a stored procedure instead of having to declare every single property/parameter in the procedure’s signature (which is tedious, annoying and pointless work which I never bothered).

However before I move on to passing objects from code into stored procedures I am going to give you a query that will help you reduce the amount of time you are spending writing out XQuery strings:

This query will produced XQueries for each column in all of the tables in your database. The output is just starter code – you still need to manipulate it to make it work properly. This is better than writing it by hand.

Whenever people would argue with me about hard coding my insert and update queries in code as in-line SQL (assuming the absence of an ORM or Generated Service Layer), everyone always falls back to saying – “hey just use XML”, but I would always throw into their face “Okay, so you want me to hard code XML instead? How is that better?” to which I always just get a broken and distant look. The point is you are going to be hard coding something UNLESS you use XML serialization or some other form of custom serialization – all of which inevitably use reflection.

Reflection will ALWAYS make things slower – however it is far more convenient, almost maintenance free and safer than hard coding XML. This convenience comes at an inconvenience though – the cost of a small performance decrease, but if the point here was to stop the taboo of hard coding SQL in code, then you cannot be a hypocrite and hard code XML instead – that’s just pointless and stupid.

This is code that I wrote for passing a target object as XML to a target stored procedure regardless of what it does. As you have read ad nauseam by this point, the target object is serialized into XML using Magic unless you read the next section to understand how this is done.

Please note that this is the partial implementation and that this code was taken from a DAL that I wrote. You need to retrofit it to work with your DAL that you intend on using it with, the above code is for basic idea and reference only.

This method is geared specifically to serializing an object into XML that is acceptable for use with tSQL. What I mean by this is that it does not include (List of Gotchas!):
If any of the above things were present in the XML that you were passing over to your stored procedure, it would break it during run time. Those things are not allowed period. Therefore when someone tells you, “Just use XML” – look at them and quiz them on what they are talking about – none of this stuff is obvious.
Precautions
These are examples of invalid and valid XML for tSQL usage/consumption. Make sure to compare and contrast the two examples to see how they relate to the bullet points listed above. Each one of these details matters when trying to pass or utilize XML in tSQL.
Invalid XML for tSQL Usage (Gotcha!)
This is what the default output would be for a “Bob” object if you did not configure the serialization manually. None of this is okay for usage because the xml document tag shows up, the namspaces (xmlns:{xxx}) are listed and there are indentations (tab characters) and new lines (carriage return and line feed characters).
Valid XML for tSQL Usage
The main difference to note here is how this example adheres to every bullet point in the list above. The XML is all on one line and it is very simplistic.

Using a similar example from the previous section, we are going to serialize a “Bob” object and insert it into the Bob table. The Bob class was modified to be flat like a rudimentary DTO with some basic mundane properties. Pay close attention to the DateTime property and how it has to be dealt with, more explanation to follow.

The Bob class (Bob.cs if you will)
This is a very flat class purely for demonstration purposes. An instance of this class is serialized into XML.

Bob Object Serialized
I am showing the Bob object formatted here for readability, no one wants to read this crap on a straight line – just keep in mind, during run time this will be on a straight line for all of the reason listed above. Note the format of the CreatedOn node value. This is passed to the stored procedure.

Bob Insert Stored Procedure
As you can see in the the tSQL below, the Bob object is being inserted directly into the Bob table, there are no other intermediary transfer parameters. This would be different with an Update Statement I would imagine. Note how the CreatedOn node is being handled.

There are two very important things to note when working with XML and tSQL (that I have found to be very obscure so far):

Yeah… so “Just use XML” huh? So simple… I appreciate the journey that I went through learning about all of the trouble of just using XML, but it does feel like a bit much just to avoid using in-line SQL. The good news is once you are finished writing the code, it isn’t a big deal anymore, but this took a few hours for me to understand (hence the article as documentation). I cannot say this was simple. Lastly there is definitely the trade off of using an XML Serializer.

I honestly don’t think in-line SQL is too bad and I think it get’s a bad wrap because people just don’t implement it properly. It just depends on it’s usage scenario. For example I think SELECT statements should always be stored procedures regardless of their simplicity, but if this is a SELECT statement that is being constructed on the fly using Dynamic SQL in a stored procedure – I would rather do that in code depending on the complexity because it is much easier to work with in code, than it is to do in a stored procedure – not to mention using business logic in stored procedures is a worse taboo than in-line SQL is. The reason for this is simple, now you have to maintain logic in two places instead of one – this is NEVER okay and leads to bad programming practices and spaghetti code.

Dynamic SQL in Stored Procedures is abused horribly by a lot of developers. I have seen some very bad practices in Stored Procedures which mostly involve a lot of copying and pasting of queries with minor differences in the where clause or joining on the dogs table if the cat bit is set to zero or null. My point is Dynamic SQL in Stored Procedures is more of a determent than a help if you have the wrong people working with it. Anytime someone introduces duplication, they are writing bad code aka Spaghetti code. If you are having a very hard time representing something in SQL you should probably consider NOT writing it in SQL and just do it in code instead… you know where the business logic lives.

If your code is not written in a way where you are not protecting yourself from SQL Injection attacks – then you deserve to be hacked and lose your data. Stop being lazy and do it right.