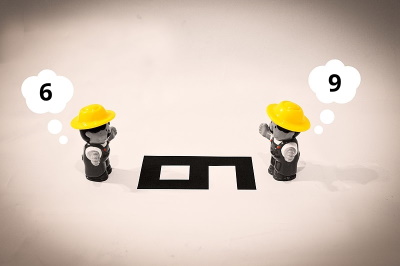 Over my whole software engineering career, I have watched and learned the right way and the wrong way to style and format code. Especially when it comes to naming objects. There has been a war raging, for as long as computer science has existed, over the right and the wrong way to name database objects. This is the age old “Plural versus Singular” table naming argument. I am going to document my bias here to just share with whoever wants to read it. It’s not right and it’s not wrong, it’s just how I do it.

This article focuses on Microsoft SQL Server and tSQL only.

I strongly believe that there is an etiquette involved in when it is appropriate to use your bias. When you are new to an established repository it would be very rude to just start using your own style in someone else’s repository.

When in Rome, do as the Romans do.

I worked with an ego maniac in the past, he considered himself an architect (wasn’t an earned title). He decided that he would implement his bias on table naming because he felt his bias was right even though it was clear that the naming scheme had already been established in the existing application.

This is just arrogant and unnecessary because like I said above “It’s not right, it’s not wrong…”. All this did was confuse everyone on the project and all due to the ego of one person. In my own brand of protest when he told me to name my tables in plural, which was his bias, I made to sure to name the primary keys in plural also just to be annoying and to assert my bias that plural doesn’t make sense. This brings me to my first point.

Is the project a greenfield or brownfield project?

The way to determine which bias to stick with for naming in a brownfield application is to first determine what the bias is. In the case of databases that’s pretty simple, just review the objects in the database. Use what you see is the most common naming convention and stick with it.

The most important thing to do is to stay consistent. This will minimize confusion and make your application more uniform and predictable.

If you see that there is an opportunity to change a bias to a different one, then do so with everyone on the same page and with caution. This is often the case when restructuring is taking place or you are migrating away from an old application over to a new one.

I will explain my biases and provide reasoning for why I name things the way I name them. I generally dislike it when someone can’t explain why they do something. Often enough the reasons are just because that’s the way they have always done it. I have no problem changing my style, so long as there is a good reason. I don’t accept empty reasoning or being stuck in the past as an answer.

Things no one should be doing

None of what I am listing here should come as a shock to anyone, if you are still doing these things, you are doing it wrong. That’s not even bias, it’s just common knowledge in this day and age.

Things you should be doing

Include schema names in queries

I have come across numerous instances where people don’t include their schema name in their queries because they don’t understand why they should. Well I am here to explain it to you:

The only difference between which of these two tables will be executed is the current’s user’s default schema:

Now ask yourself, “Is it worth the risk of being wrong?” – do yourself a favor and just type the few letters in front of your table names. It won’t kill you to do it.

It’s really easy to just not name your constraints as a developer; but when you are the one handling production databases and the deployments to those databases and you encounter unnamed constraints during a deployment it causes a lot of unnecessary heart ache. It’s called empathy, learn it.

Go to a SQL Server and create this table on two databases:

You will find that you get something like this for your primary key constraint name:

When you run it a second time on a different database or even drop the table and create it again on the same database you will see your primary key’s constraint name has changed again:

Now imagine you have to change this primary key constraint name on let’s say 50 databases for argument’s sake. How do you do this if you never know what the name of the primary key is going to be? Now for the same two constraints that you just created do this exercise without the help of a UI:

After you do that – I want you to imagine how that makes someone doing a production deployment feels, when they have to do it for as many databases as they have to maintain spur of the moment.

Exception to the rule

There is only one situation I have found so far where it is impossible to name the constraints even if you want to and I blame Microsoft for this because I can’t understand why. You cannot name unique constraints on a “User-Defined Table Type“. You just can’t…

You are forced to name foreign keys. It is impossible to not name them when creating a foreign key. Not sure why Microsoft didn’t just randomize the name for this with a partial GUID like everything else.

How to name your SQL objects according to my bias

These are the basic elements of any table. I am still in the process of investigating what is the best way to handle time zones which is why right now I favor UTC time. I need to do a deeper dive into it as I know there is a datetimeoffset data type which I still haven’t had the pleasure of working with.

I get miffed about people not naming their constraints as I have shown above, but also because I don’t find there to be an excuse. It’s simple, it follows a very basic formula as shown here:

Unique constraints will generate an index in order to keep track of what data has been entered into the table. This is how it enforces the constraint. I think it is more responsible to just create a unique constraint over a unique index because the index is usually an afterthought, whereas the unique constraint is part of your table right off the bat. If written correctly it makes it very obvious that it exists, instead of an index which shows up as a create statement after your table’s immediate schema.

As you have probably gathered from the way this whole post has been written, repeating yourself is not something I hold in high regard. I feel this same way about someone using the table name all over the inside of the table. I think it’s pointless and redundant.

It hurt me to write this example, but what hurts more is knowing I have seen garbage like this before and it drives me crazy.

Refactored with my bias

Refactored to be explicit but succinct.

Some people shy away from using reserved key words as part of their table’s column names. I have yet to find a reason to not do this other than I have to wrap those column names with square brackets which isn’t a deterrent to me. Until I can find a reason to stop doing this, I will continue doing it and no one can tell me otherwise.

Again – been using these names without consequence for years now in production. I have had NO problems. I don’t subscribe to mysticism as a caution so either give me a good reason or I will continue as I have.

This is probably one of the hardest areas to name things because often names can get too long when following convention. This can’t be helped sometimes, again it’s not going to kill anyone if the name is too long, it’s just not fun to deal with. I would rather have a long explicit name than a short mysterious name.

Pick a convention and stick with it, they all mean the same thing in the end. Just be consistent!

This goes back to the beginning of the post, none of these are wrong, just use one and stick with it – don’t change half way through and don’t be a jerk and just start using one over the other because you like it better.

I have a very simple model I follow, it’s a lot like how REST uses controllers to bundle together a bunch of routes:

The idea here is that these actions belong to an object. Obviously this doesn’t always work out, but it works out more often than not.

These are examples of stored procedure names. This does get a bit wordy, but it keeps the objects grouped together and it is clear who you are executing on.

When it comes to functions, I would say that most of the time they should be generic enough to not be owned by any one object. I like using functions for well-known calculations. Name the function according to what it is doing – plain and simple.

Scrutinizing my own bias