How to root the LG C800 T-Mobile myTouch Q 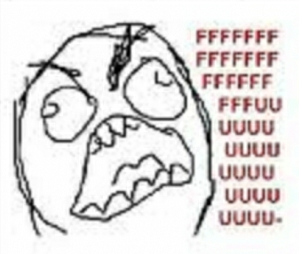 This was quite an adventure and by adventure I mean a humongous painstaking pain in the ass. The actual process is EASY, but the hard part was getting my phone to actually enter debug mode and stay there. I have the LG C800 T-Mobile myTouch Q and the hardware is wonderful, but the OS is crap; no thanks to T-Mobile. The damn thing locks up on me at least 2-3 times a week and trust me when I say I didn’t install any odd programs on it. It locked up on me when I just got the phone and I thought it was a fluke, possibly a one time thing, but the phone proved to me I was dead wrong.

The LG C800 T-Mobile myTouch Q would be an excellent phone if it didn’t have all this unnecessary crappy bloatware running on it that T-Mobile put there. All the trash on the phone is what makes it crash consistently. I can’t tell you how many times I have tried to make a phone call and just watch my phone die as it says “The Process com.android.phone has stopped unexpectedly”. It is enough to make you want to throw your phone out of a moving car into a ditch, but of course you remind yourself that you spent $320 on it and that throwing it out of the window would be silly (?)…

Here is a list of issues I have had with my phone:

All of this made me realize I had to root my phone since unfortunately there are no mods for my phone… Cyanogen does not support this phone and even after numerous requests it seems like they just won’t. Oh well… rooting it is better than nothing.

I won’t have any major difference in instructions on how to do this process except a one very important and very stupid gotcha which was the inspiration for this post and that is:

IF YOU ARE DOING THIS ON A PC then make absolutely 100% sure that you have plugged in your phone’s USB cable to the BACK of your PC directly to the motherboard and NOT to the front bezel. This caused me 3 hours of pointless head scratching, screaming and googling for why my phone would NOT stay online. My phone kept going offline. It would be alive for about 1 minute then just disappear… This was because I had my cable plugged into the FRONT of my PC as opposed to the BACK of my PC. WHY DOES THIS MATTER? I DON’T KNOOOOWWWWWWW!?$&*(@#$*(&

I have a vague understanding as to why this matters, but needless to say it does. I can guess that the USB extensions on the front bezel have to travel through a multiplexer of some kind and that can cause the problem (I had some experience working with data and a switching IC, it never worked. I blame the resistance of the IC for that. Same can be said about a multiplexer IC). Either way it is a huge problem and goddamn it – it is annoying. You have been warned.

Here are the articles I used to figure this out:
A. http://thedroidstate.com/how-to-root-lg-mytouch-q-c800-lg-mytouch-4g-e739-easy-tutorial/

Article A over simplifies this process to the point where I became paranoid and worried that I might have been missing some important detail.

I pretty much did a combination of what both Articles say to do. Since I plan on actually attempting Android development again I went the extra mile and installed everything I would need for that already. According to Article B you require the Android SDK, notice it makes zero mention of that in Article A and I think this is because SuperOneClick (the rooting software) comes with the ADB server already. The SDK just happens to come with the latest ADB server as well.

WTF is an ADB Server?
In short the ADB Server is the process that speaks to your phone, this is crucial for anything to work whether you are rooting, debugging an Android application directly on your phone or debugging your phone period. Think of it as a mediator.

I strongly recommend reading both articles before proceeding with these steps because a lot of detail is already in those articles and there is no reason for me to repeat it here. These steps are more geared towards developers as it assumes you can figure out the stuff I don’t mention or gloss over and these steps prepare you for Android development simultaneously. There are just too many small details, so I am skipping a lot of them because otherwise this would be over 30 steps. If you are not a developer and just want to root your phone straight out, follow Article A and you can still use my post as a guide.

Great, my phone is rooted. Soooo now what?

Don’t worry, this is a common question that even I had. I wrote a whole post on it, just click on this link: